The Tree of Life

"Verbal Process of 6 June 1930: commentary for a Patent

regarding an Earthmover Antwerp, Belgium.

The invention of this Earthmover, pulled behind the tractor in the center, functions differently from all others.......because it is controlled by the blessed lever"

Born and raised on a farm; trained in the arts of husbandry and blacksmithy; a veteran of the wartime Dutch Calvary; husband and father of a growing family -- by 1930 this patent request (which was given) documents Sjef's inventiveness as a designer of agricultural implements.

This detailed drawing of the earthmover illustrates his imaginative and successful response to a precise farming problem.

It is also a testament to his lifelong passion for developing creative solutions to fundamental problems in agriculture, and to his tireless fascination with all the visual arts; fascination that he passed on to his sons Yosef and Andreas, both of whom became critically acclaimed artists in Canada.

This patent of 1930 underscores his sophisticated understanding of the lever, and is one of several ideas that he developed over the years to advance the mechanized industry.  As late as the early 1950's he was still receiving royalties from FIRMA D. KURSTJENS VENLO-BLERICK, Netherlands, for plows pulled behind tractors that employed versions of his innovative leverage system.

Significantly, virtually all of his remarkable inventions came directly from his contact with the earth, as he performed his daily farming duties.

What if, What if...?? According to Andreas, Sjef dreamt as early as the 1920's of moving from Europe to North America so that he could plow a really really long furrow.

In 1951, he finally packed up his large family.  Following his oldest son Petrus and his family who had earlier immigrated to Canada, they moved to the interior of British Columbia.

By late 1953, he, his wife Hendrika, and 7 of their children settled on a 70 hectare farm in Eramosa, Ontario.  At last he was able to plow that long and straight furrow.

Family was central to Sjef's life.  His roots were deep in the Dutch soil and could be traced back 600 years or more.

He imbued his family's history in his children along with life's lessons, as he operated the ancestral farm at Sint- Oedenrode near Bruegel in Brabant.  Although the daily routine obliged him to manage the property, during the Second World War he was also required to work for the Germans.  The family tells many stories about his adroit ability to keep the family alive.

"My teacher at school was Willem Van Eyndhoven, a fine sketcher and painter, and with what father gave me in art, he brought it out of me to sketch and paint.

Sjef's primary profession in Europe was farming; his inventive spirit documental itself in his industrial designs.  Even so, he was intuitively drawn to art, and his patent drawing of 1930 illustrates his advanced ability in draftsmanship.  His two sons Yosef and Andreas learned an enormous amount of practical and aesthetic artistry at his side.  Both boys would go on to receive public acclaim, as they explored the world of sculptural and pictorial arts upon their immigration to Canada in 1951.  Yosef was drawn to wood and had instant success with his first exhibitions in Toronto around 1960.  With the proceeds, he acquired the Rockwood Academy, which he proceeded to restore with the help of his brother Andreas and a score of others.  Eventually, he donated it to the Ontario Heritage Foundation now the Ontario Heritage trust.

In 1978, he prepared and drew the extraordinary family genealogy and self portrait, documenting the family's complete past.

After the family arrived in Canada, Sjef found time to explore his own artistic interests using metal as his means.  He kept a forge on the farm where he began to make a variety of handsmithed works.  In 1962, Joseph was made a member of the Ontario Society of Artists; in the exhibition at the Art Gallery of Toronto (April), Joseph Antonious Drenters, " metal forger for 40 years, active sculptor for past 6 years.  Present occupation farmer. " exhibited Harvester and Prairie Farmer.

In February 1968, Sjef, Yosef and Andreas participated in a group show:  7 Sculptors, at Erindale College, University of Toronto.  Yosef had 5 pieces, Andreas 6, and Sjef 4, including the 2 that were in the 1962 show, and a new work

Memorial to the Canadian Immigrant.  Clearly, this was an artistic high point for the family.

Yosef's most significant sculptural project came in 1966 when he was awarded the commission to make a monumental piece for the Ontario Pavilion at the Expo 67 in Montreal.  In celebration of Canada's 100th Birthday.  He created a massive 4 figure Pioneer Family, which was positioned outside the pavilion.

Later in 1966 he received a second commission for the Sculpture Park, La Ronde, at Expo; he produced his gigantic Horse, just under 9 metres tall.  At a crucial moment in the building process at the Rockwood Academy, he enlisted the help of Andreas and his father to complete successfully his vision.  Once more the three collaborated to achieve mutual artistic ends.

A family's roots, like tree's, are intertwined.  Sfef's most significant artistic creation is Memorial to the Canadian Immigrant, which he exhibited in the Erindale show of 1968.

He made this brilliant piece in his blacksmith shop at the farm in Eramosa, Ontario.  It comprises 2 pieces -- the stand and the rotating base with goose and man.  According to Yosef's commentary,

" This handforged sculpture was made in 1960 - 1961, by Joseph Antonious Drenters, Father.  It is a tribute to Canada.  The Canada Goose is a symbol of the yearly migration of birds.  The man is the immigrant, symbol of human migration.  The man stands in a boat, which protrudes from the water and the half front of the earth.  He has the wheel with him, symbol of speed and mechanization.  The star and planet symbols of navigation.  The bird stands on a heart or in the heart; that means all elements of life planted in Canada.  The open ring behind the bird symbolizes the look through, the invisible God, or the unknown.  A maple leaf is the base. "

How extraordinary, this lifesize sculpture created by an immigrant should stand as a vivid visual expression of the dreams and vision of immigrants of this generation and earlier ones.  It is a document of hope and happiness on this our 150th anniversary of Federation.

NB: All references to specific dates, names, places are based on original records currently kept by Andreas and Lisa Drenters in the Rockwood Academy. 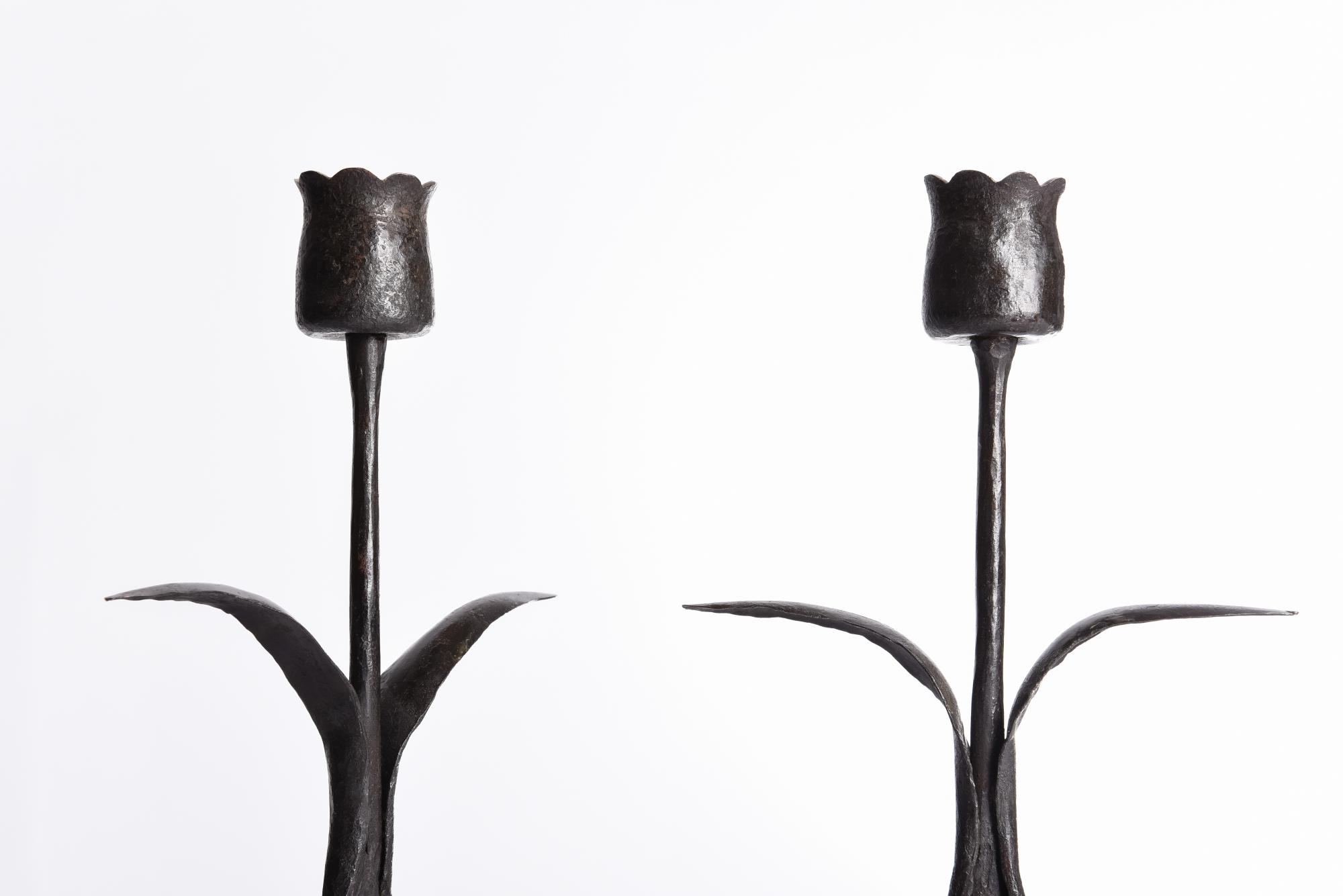 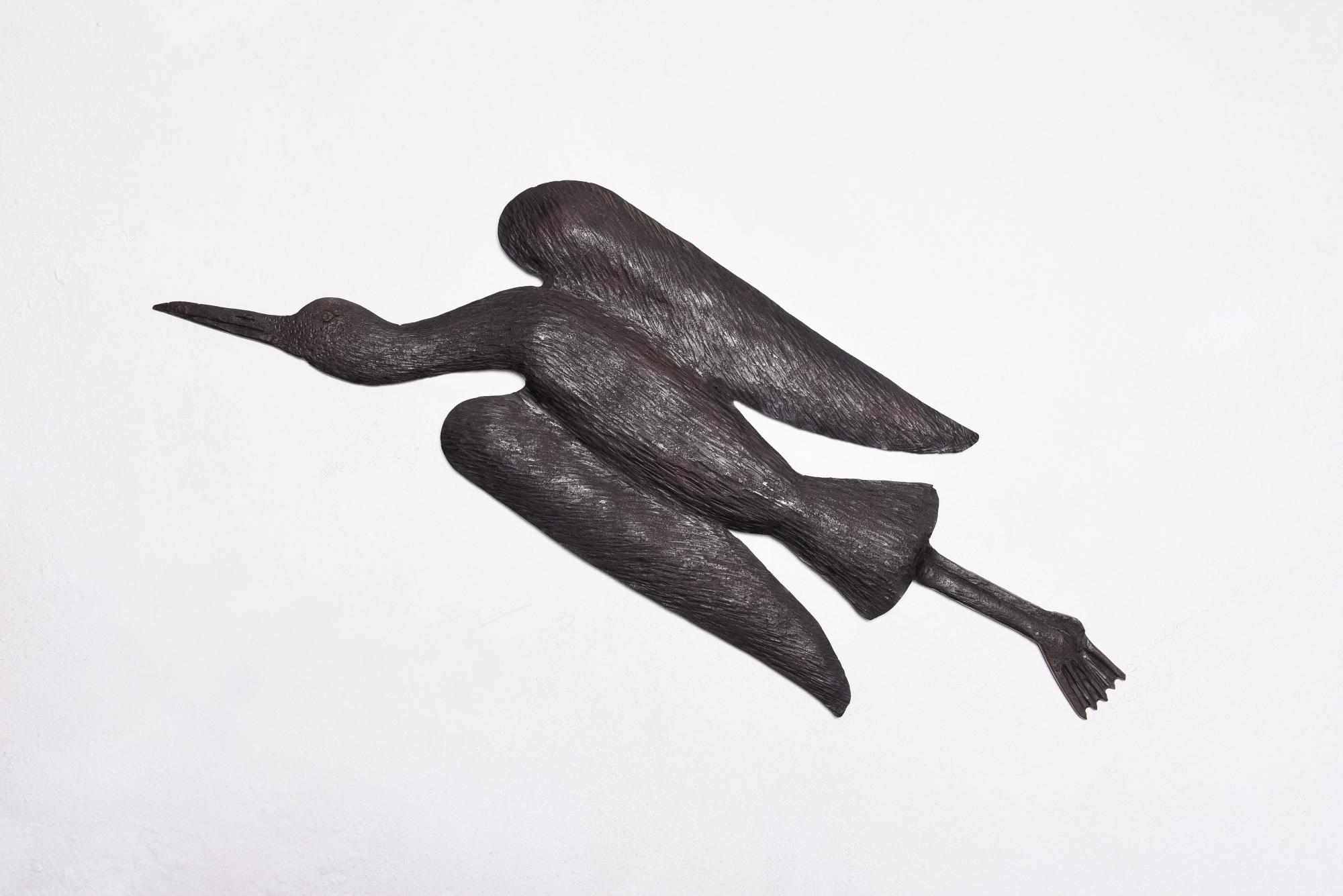 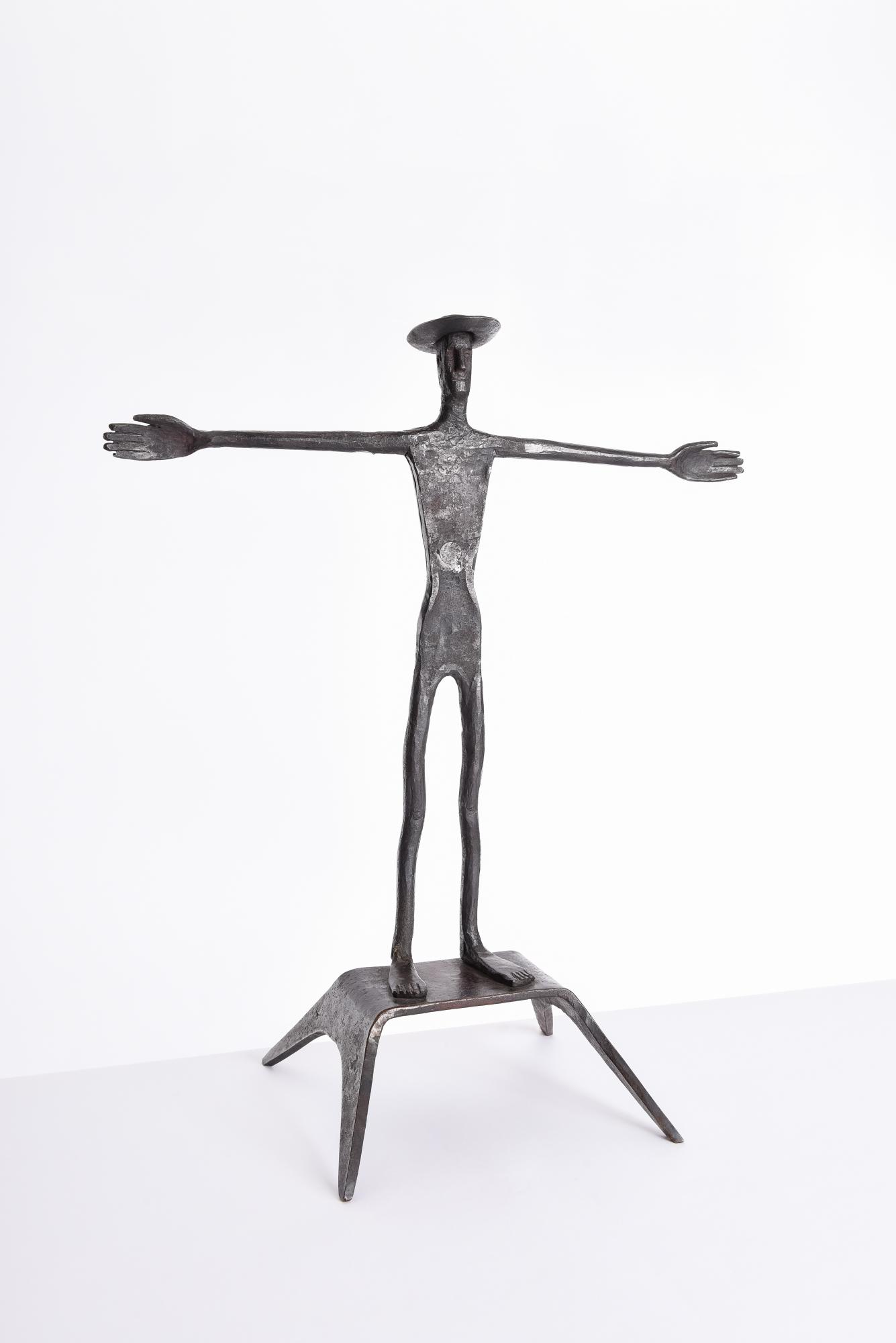